When Dr. Halsey created the Spartans to save humanity in the shadow of a looming war, she thought she would be saving humanity from themselves. When the Covenant began their assault, she realized the Spartans might be the only thing that could save humanity instead from extinction. Experience the dramatic tale of the origin and intrigue behind the SPARTAN program that propelled characters like the Master Chief, Dr. Catherine Halsey and Cortana into the pantheon of Halo lore. 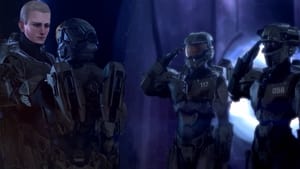